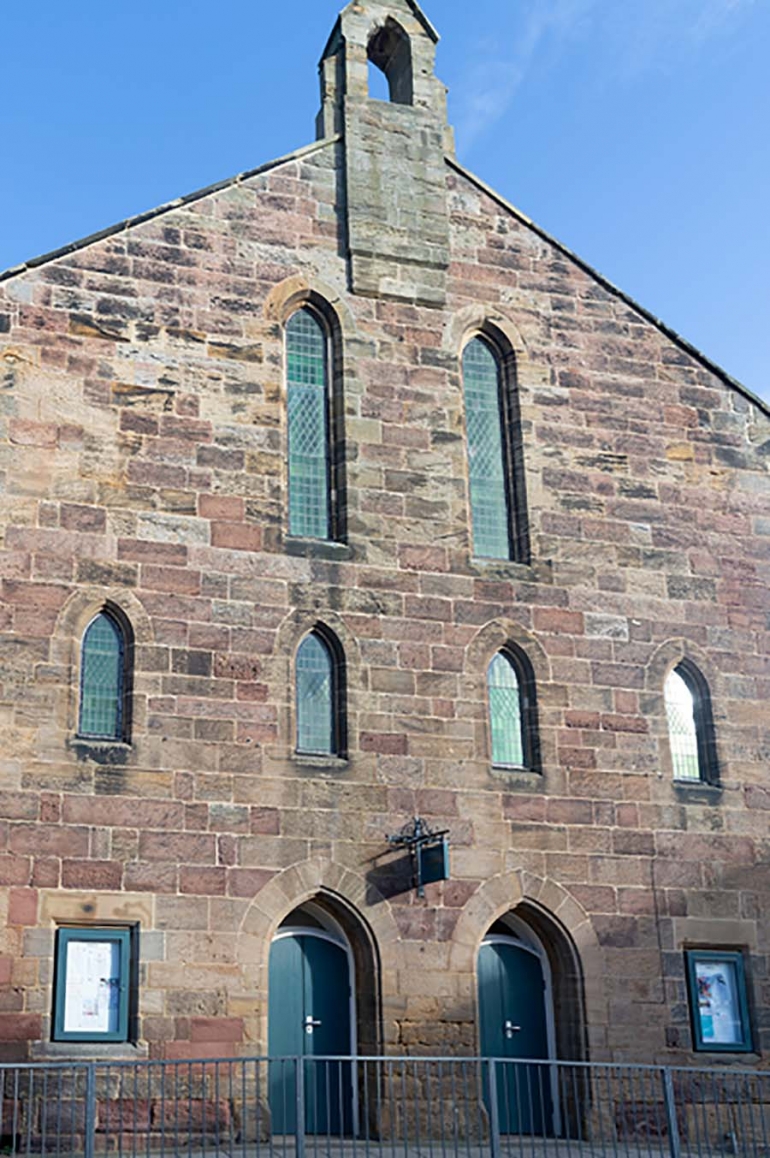 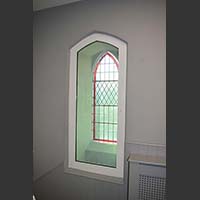 Hindmarsh Hall, Grade II Listed, was originally one of three granaries at the south-end of the village of Alnmouth, Northumberland. Lying in the realm of one of the top aristocratic landowners; the IVth Duke of Northumberland had the building converted into an Anglican Chapel in 1859.

In 1876 the chapel was made redundant, so the building was used and referred to as the ‘Town Hall’ for the ensuing 60 years. Leonard King Hindmarsh bought the dilapidated property in the 1930s, then some years later had it refurbished and gave it to the community of Alnmouth.

During 2003 – 4, the Trustees completed a programme of restoration and updating of the building; however, 14 years later, the building needed further renovations, following a comprehensive condition survey.

All the openings have deep splayed reveals, so the secondary was fixed with a maximum cavity close to the wall face where it was wider, framing the primary window, allowing unrestricted opening of the units and proving full access for cleaning and maintenance.

Fenestral, partner of Selectaglaze, managed the surveying and installation of the project. Using laser measuring equipment, 3D information was produced for the manufacturing of the timber grounds and casements. The tall lancet windows posed a challenge due to their height; 3350mm. Each of these openings were built up with a Series 41 side hung casement set between two Series 40 fixed light units.

"We have been working with the Hindmarsh Hall committee and Alnmouth Parish Council for over 4 years to secure the long term future of the Hall and expand the range of use it can accommodate. Central to the project has been the restoration and preservation of Salvin's lancet windows as, historically, they have been the weak point in the fabric of the building. The input of Selectaglaze and Fenestral have been invaluable thanks to their extensive experience in the field of secondary glazing in historic properties. The completed phase 1 glazing installation went very smoothly and the results should generate the impetus required to realise the much larger phase 2 works to the very large lancet windows in the main hall." Commented Giles Arthur RIBA ARB

“We are not only pleased with the functionality of the new glazing - it is doing all it was intended to do from a thermal efficiency point of view and it allows access to the original glazing for maintenance - but it also lets in more light and reveals all of the original windows.” Dr Bourne, Trustee.

Selectaglaze sends out Monthly Spotlight e-bulletins, with recent updates, new blog pieces and events – so sign up to not miss out.