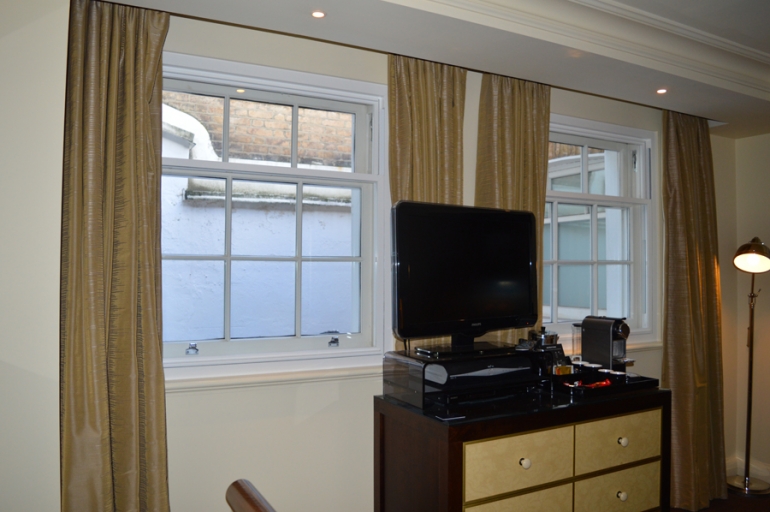 The Arch London is a majestic boutique Hotel located in one of the most characterful of London districts, Marble Arch. The hotel cleverly blends Georgian architecture and inspired contemporary touches.

Selectaglaze had previously installed 40 secondary glazing units to guestrooms and suites overlooking Great Cumberland Place utilising a combination of its Series 20 and Series 90 heavy duty vertical sliders. Once again, the hotel’s requirements were to improve the standards of energy and noise insulation, particularly to the suites at the front of the building.

The latest installation included Series 60 tilt-in vertical sliders fitted in rooms on the third and basement floors. This bespoke unit has tilt-in panels which is useful when windows have unequal pane sizes or if frames are needed to fit close together. On the fifth floor, rooms were treated with the Series 10 2 pane horizontal sliding unit; a slim and versatile system that provides easy access for cleaning, as well as for ventilation.

Selectaglaze worked closely with the operations manager to ensure installation was undertaken with minimal disruption to guests. The new secondary glazing will now help lower energy bills and afford the guests a good night sleep, in the heart of the metropolis.

Founded in 1966 and a Royal Warrant Holder since 2004, Selectaglaze has gained a reputation as a leading secondary glazing specialist, creating sensitive designs with low visual impact.

Selectaglaze will be exhibiting on Stand I55 at the Independent Hotel Show at Olympia on the 16th and 17th of October.