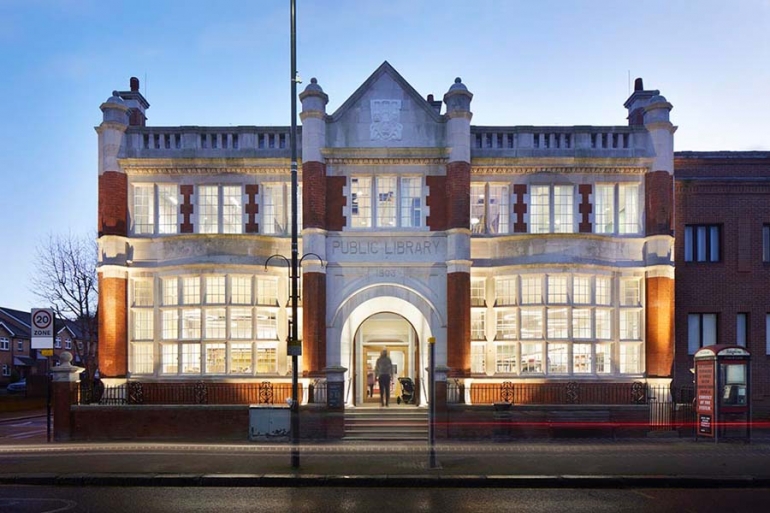 Working with award winning architects Hawkins Brown Associates LLP and Main contractor Osborne Construction, 63 secondary glazed units have been installed during the remodelling and refurbishment of Plumstead Library, to make it more thermally efficient and to create quieter spaces for the local community user groups.

This Grade II Listed heritage building, which opened in 1904 in the Royal Borough of Greenwich is of great architectural and historic interest. It is one of the earliest funded libraries, by Andrew Carnegie and built to the designs of Frank Sumner. Over the years it was used less and less by the public and fell into a dilapidated state.

The Royal Borough of Greenwich decided to make the building one of the critical elements of the regeneration of the local High Street and surrounding area. As part of the first phase, the reworking and renewal of the Library started in 2018, enabled by a £16.6 million local authority backed scheme.

Noise was a huge concern given the library’s location; on the busy A206 Plumstead high street. In addition, the single glazed metal framed original windows did little to prevent heat loss or draughts, which was going to hinder the sustainability of the building and add to the on-going running costs. A solution was needed to combat these issues. As the building is Grade II Listed, the original windows could not be changed, so a reversible adaptation had to be found. Hawkins Brown Associates decided that Selectaglaze secondary glazing would pose the most effective solution to improve the thermal efficiency as well as dramatically reduce the noise ingress.

The majority for the ground floor north elevation facing the high street, is occupied with two sweeping bow windows. On the first floor and the return elevation facing east, where the offices and museum once were, there are a number of metal single glazed windows in various configurations. They allow light to flood the spaces, but did little to help the comfort levels of the spaces. Well sealed and tightly installed secondary glazing significantly improves the performance of original windows. If used in conjunction with metal framed openings, U-values of 1.9 and reductions of 45dB (if fitted with 150mm cavity) can be achieved.

A total of 63 Selectaglaze units across the 2 facades were installed, which including Series 10-3 pane horizontal sliders, Series 80 – 3 pane horizontal sliders and more. Each sweeping bay overlooking the high street were built up with seven Series 20 vertical sliders, transom coupled to seven Series 45 side hung casements. This configuration complimented the sightlines of the primary windows and allowed full access for cleaning, maintenance and natural ventilation if required.

The library reopened in early 2020 following months of highly skilled refurbishment works, proving the local community with beautiful and comfortable amenity. It is set to become a sustainable and cultural destination in the Plumstead area and a great legacy for one of the remaining Carnegie libraries in the UK. 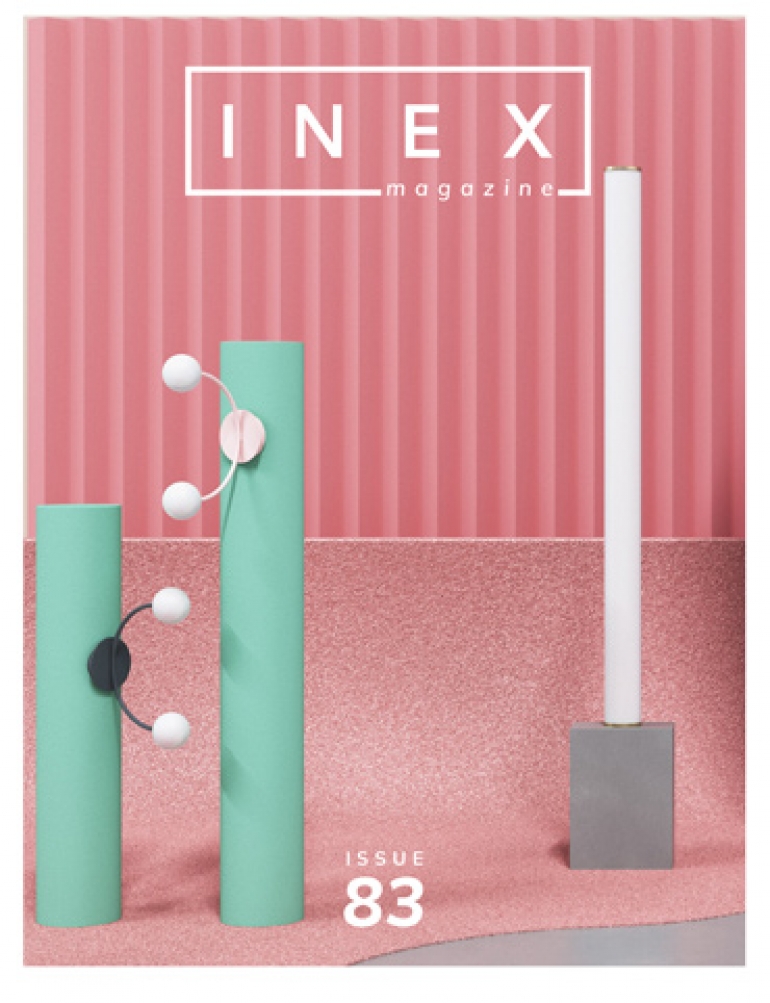 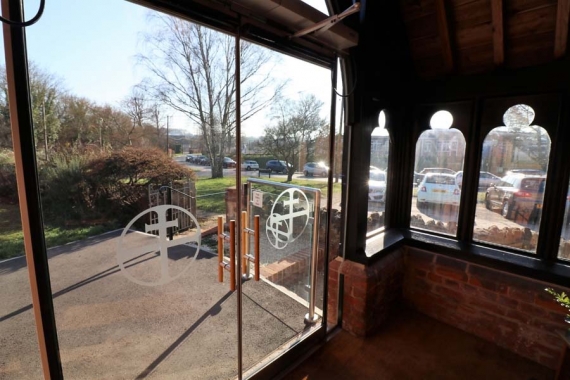 An external porch with automatic double glass doors to provide easy access for visitors to the church as part of an overall project to make the church more accessible to the local community. The new porch is fully enclosed with glass to provide a welcome and weatherproof entrance. 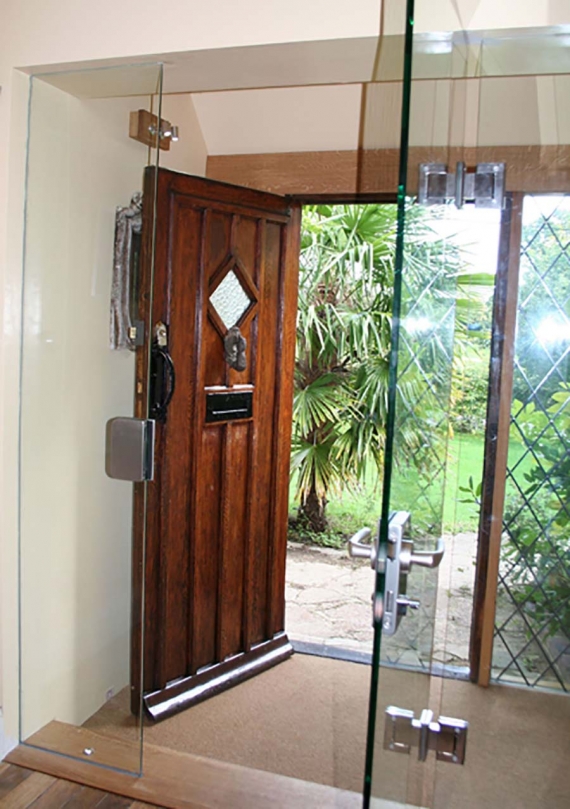 Creating a new glass entrance for a Sussex country home installing a secure glass internal door and re-configure the entrance lobby to create a light, airy and welcoming entrance to the house. 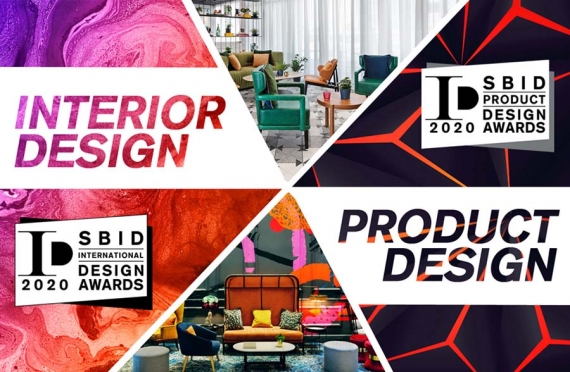 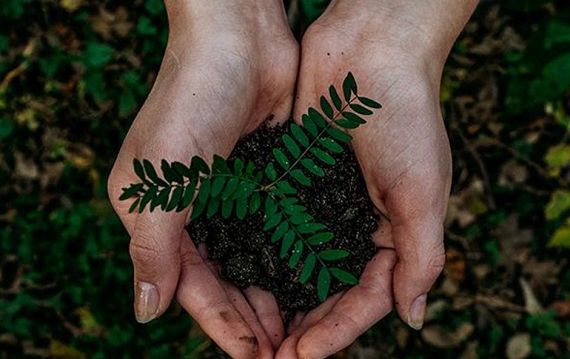 Designing with Climate in Mind: The New Sustainability Podcast from Interface

In a new podcast series, world-leading sustainable flooring manufacturer Interface will explore exactly what it means to design with climate in mind. Hosted by Jon Khoo, Interface’s Regional Sustainability Manager, each episode will feature an in-depth, informative conversation with a range of leading figures from the worlds of design, sustainability and the built environment. 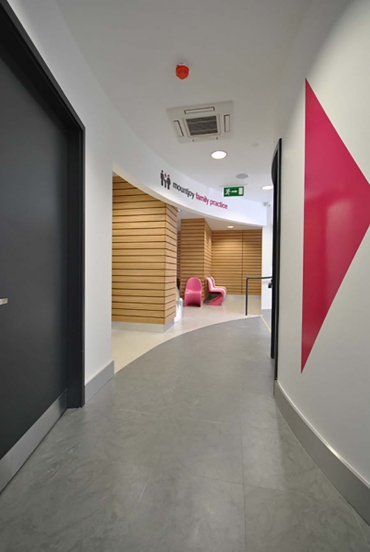 Visitors to hospitals or care homes are unlikely to contemplate the type of flooring they are walking on, yet its design and practicalities have never been more important. Louisa Eyles, Commercial Marketing Manager at Amtico, explores the vital role flooring has to play in modern healthcare design. 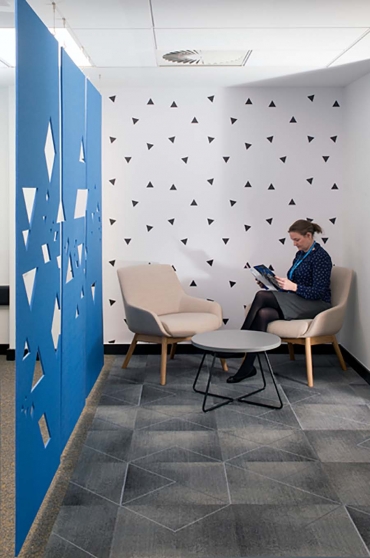 The world has been on pause for over two months now, but finally, measures are now being taken to get us all back to work. The question now is not when it will happen, but how. 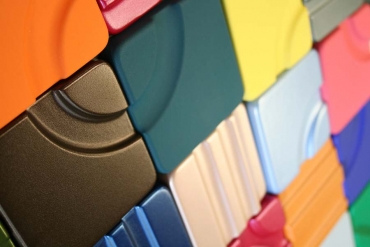 Interior surfaces in a Post-COVID World

Does ‘COVID-secure’ mean sterile and soulless? Or is there a way for creativity, style and elegance in interiors to also play their part in keeping us safer from this and future threats? These are key questions for designers looking to specify beautiful new materials with health and hygiene also in mind. 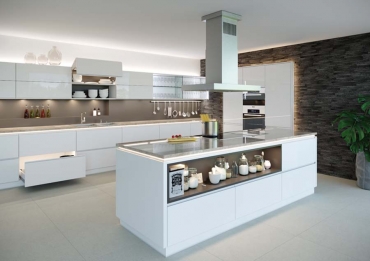 The housing market is being challenged to think differently when it comes to designing homes, with a variety of social and economic trends driving a new approach. Here, Natalie Davenport, Head of Marketing at Häfele, looks at some of the changes.