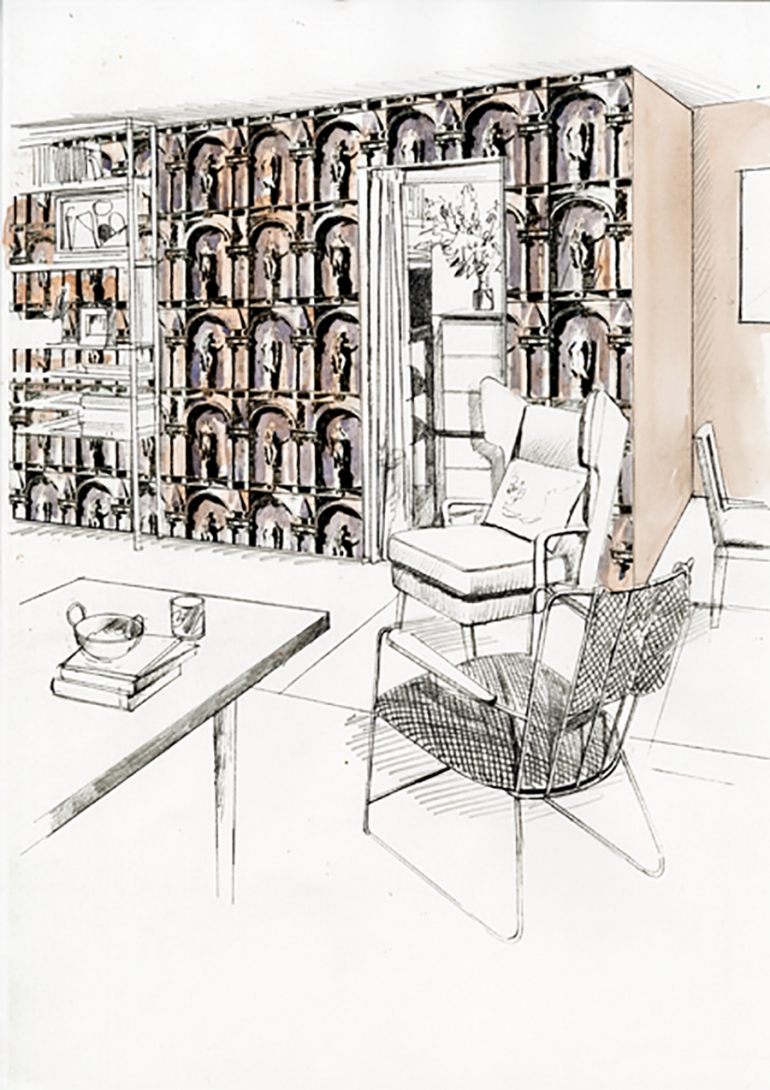 Palladio - An Immersive Juxtaposition of New and Archive Designs 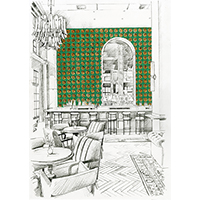 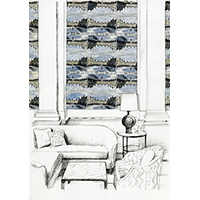 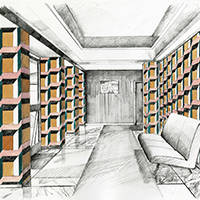 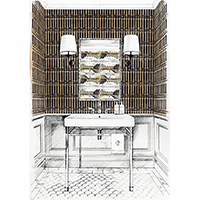 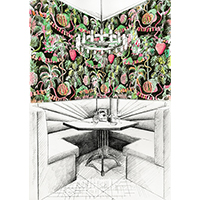 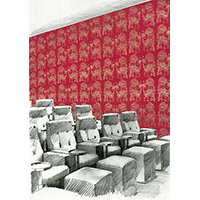 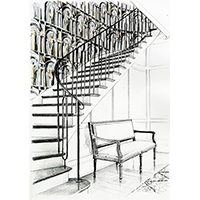 Zoffany showcases the best of British talent with Palladio Volume I, new for AW20.

The world that narrated the curation of Palladio Volume I for Zoffany has changed beyond recognition. Its existence is now almost incomparable to our new and strangely altered lives, but unexpectedly a parallel has emerged between today and Palladio’s inaugural 1955 launch.

Witnessing an iconic moment in time, this story is a celebration of new and original design, colourful and exemplary, underpinned by optimism and anticipation. A launch that pairs six favourite Palladio designs from the Zoffany archive with the introduction of an exceptional British talent.

Palladio Volume I for Zoffany is a stunningly insightful compendium of wallcoverings, featuring designs handpicked by Robert and Roger Nicholson, the creative duo behind Palladio’s initial launch 65 years ago. Chosen for their individuality and accomplished handwriting, feel the immersive and atmospheric opulence of Exchange Square, the striking geometric of Impact and the ordered structure of Columns. Majoring in variety and building an everlasting archive, Palladio’s mid-century origins brought the beauty of art to public spaces, adorning municipal interiors with dramatic, large-scale motifs.

Continuing Palladio’s ethos of identifying new talent, Zoffany is thrilled to introduce Sam Wilde, a graduate of the Royal College of Art whose striking design, ‘Precarious Pangolins’ features in this collection. Chosen for his artistry, modernity and passion for the environment, Sam’s dynamic approach mirrors that of the Nicholsons’ mid-century choices. With a background in natural sciences, Sam’s ‘bioappropriation’ belief system supports the plants, animals and places that feature in his designs, via a percentage of the proceeds generated from each sale Peter Gomez, head of design at Zoffany says, “We’re absolutely delighted to unveil Palladio Volume I, a project that’s been kept tightly under wraps for a very long time. From selecting our favourite Palladio archive pieces, to getting to know the fabulous designers at the Royal College of Art, this collection has been a huge joy to produce from start to finish. Additionally, we’re excited to set up a bursary programme which will help one designer each year at the RCA, continuing with the Nicholson brothers’ legacy of supporting exceptional new design talent.”

In a comparison with the original Palladio launch, Palladio Volume I for Zoffany is made up almost exclusively of Nicholson brothers’ designs, providing a fitting first chapter to this inspiring story. Staying true to the original pattern books and promotional material, illustrated interiors, instead of photography, have been used throughout this collection, adding integrity and continuity. With Palladio as relevant now as at its initial launch, the Zoffany studio is already working on Volume II.

Designed by Robert Nicholson
Unapologetically masculine, a pride of neoclassical lions emerges from the shadows in these striking etched roundels. Contrasting against the original textural ground, this interpretation has been pared down slightly and a trompe l’oeil element added, introducing a three-dimensional aspect to the design.

Designed by Robert Nicholson
Atmospheric and opulent, this captivating paper displays a dramatic and iconic scene. Designed in 1965 by Robert Nicholson and originally hung horizontally, we believe a famous 1644 Wenceslaus Holland etching of London’s Royal Exchange inspired the design. The addition of a shimmering Gold colourway represents the wealth of Exchange Square.

Designed by Judith Cash
Bursting onto the scene in 1967, Judith Cash’s brave and playful interlocking geometric design inspired a colourful turn for the disorientating world of Op-Art. Continuing with this perfect example of modernity, we’ve substantially increased the scale and rotary screen printing to retain the same flat, solid colour of the original document.

Designed by Robert Nicholson
Inspired by classical architecture, repeating rows of Corinthian-style columns tower skyward in Robert Nicholson’s 1956 design. Smart and structured, yet youthful and naive, this hugely versatile paper has been repurposed with the addition of metallic inks and contemporary colour.

Designed by Sam Wilde
Carefully making its way across a game of metaphorical snakes and ladders, pangolin mothers desperately clamber across a perilous terrain of rickety bridges. Dicing with the precarities of life, the next generation scrambles to cling on as giant floating fruits disguise the subversive tone of a carnivalesque atmosphere.

One of the most illegally trafficked animals of the past decade, the IUCN (International Union for Conservation of Nature) has listed all eight species of pangolin under the threat of extinction. Sam Wilde will give a contribution from the sales of ‘Precarious Pangolins’ to the World Land Trust, a charity whose projects support the conservation of the pangolin’s natural habitat in the Far East.

Designed by Robert Nicholson
A renowned symbol of British identity, this 1956 lion regardant (looking backwards) was a fitting choice for public buildings, rising to become one of Palladio’s most popular patterns. Reduced in scale from the near three foot high original and given a more modern perspective, this reimagined version is rotary screen printed to give a fabulous depth of colour.

Designed by Robert Nicholson
With its origins thought to lie amongst the aged façade of Somerset’s Montacute House, this fabulous design features a neat row of classical statues in arcaded niches. Representing a moment in time, original mark-making detail beautifully captures the handwriting of its artist.

In this most unusual of years, what #trends are starting to emerge and, moving into 2021, what can #designers expec… https://t.co/OY0Lxj3Zbx

The trend towards at #home #gyms has become ever more prevalent, and one person who has seen this more than most is… https://t.co/K6N3jVE4l9