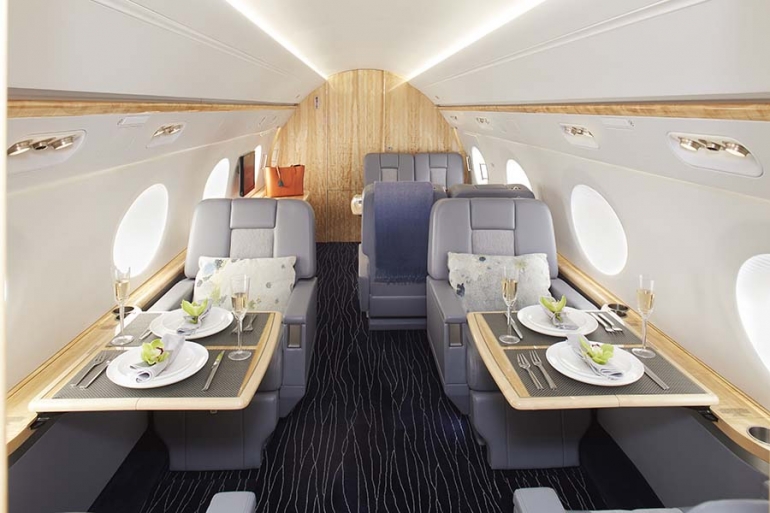 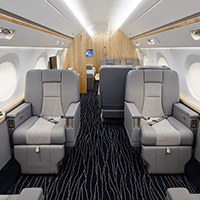 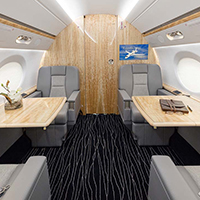 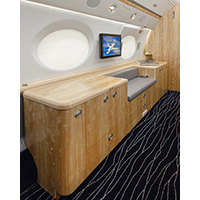 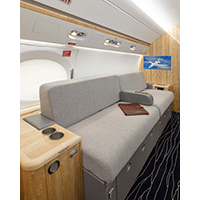 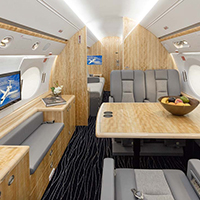 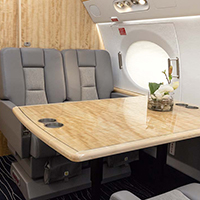 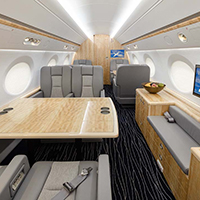 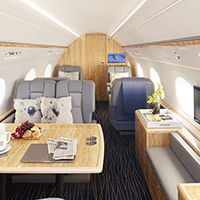 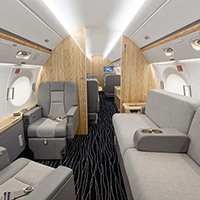 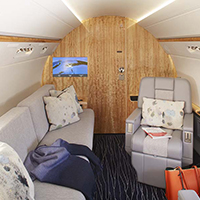 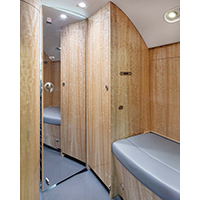 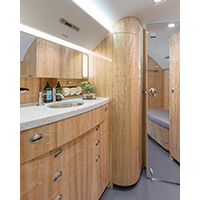 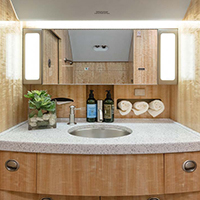 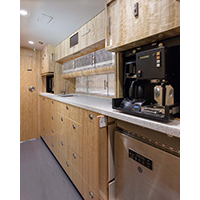 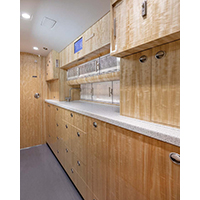 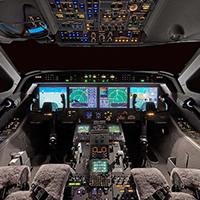 At approximately 27m², this Gulfstream G550 jet aircraft belongs to an American family with three teenage children, who divide their time between Florida and New York City. Decorated by Rodney Lawrence, the main idea was to create distinct areas to ensure maximum comfort.

The first area has four executive chairs and two folding tables that can be used for meetings or work, in addition to intimate meals. Whereas, the central area has a larger table and seats four people (two chairs facing each other), plus room for two more people on the side bench. In this space, there is also the entertainment area, with video games connected to the monitor and designed exclusively for the entertainment of the couple’s children.

To the rear of the aircraft, there is a sofa and two executive armchairs (also with a retractable table), which can be cordoned off by a door for further privacy. In addition, all seats have individual access to light controls, blinds as well as audio and video streaming, high-speed Wi-Fi and a satellite phone.

The project was a retrofit scheme; therefore, the Rodney Lawrence team started with the idea of ​​modernising the design within the specifics of the model, such as; for example, the design of the seats, which were permanent fixtures and could not be changed. The choice of materials took advantage of the harmonisation with existing finishes (such as wood flooring), in addition to easy maintenance and cleaning, since the aircraft is constantly used. As a result, the leather seats were covered in three shades and are complemented by a dark blue carpet, creating a solid base for additional tiles, if needed. This reinforces the elongated perspective of the environment with longitudinal stripes.

A key element of the project was to take into account important safety aspects such as security, flammability, weight and avoiding sharp objects, for example. Rodney Lawrence had to adapt several finishing coatings and parts that were not approved. All materials that had not been approved had to pass a fire test whereby materials were burned to determine their durability in the event of a crash during the flight. For this reason, several parts, such as taps, have been adapted for the Gulfstream.