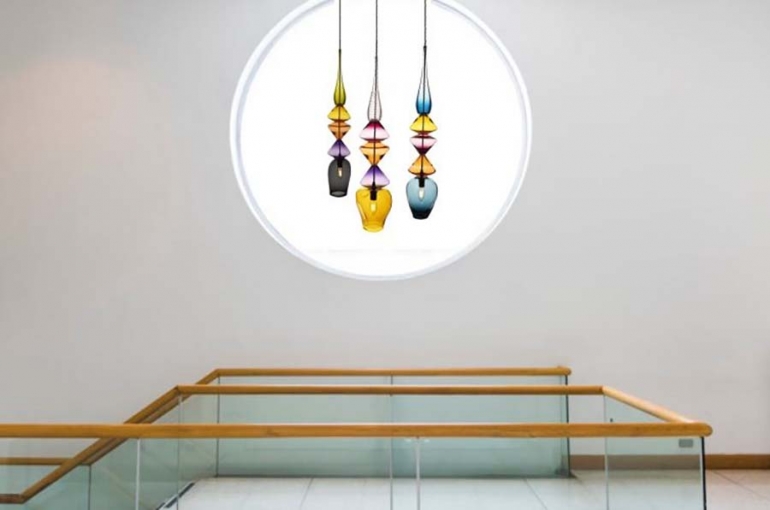 Under the Spotlight: Nicola Schellander 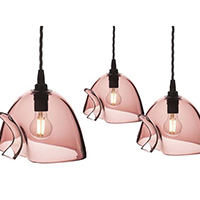 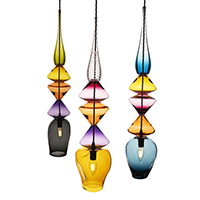 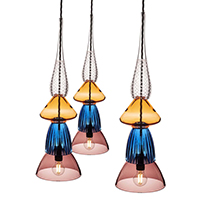 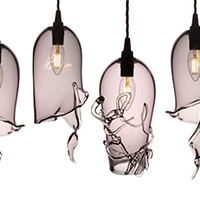 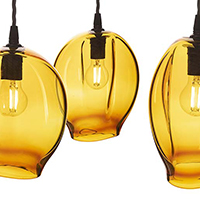 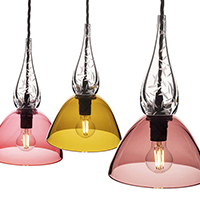 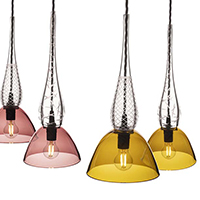 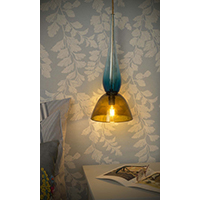 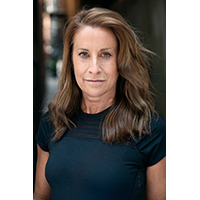 Nicola Schellander is an award-winning British Glass Designer who has pioneered a simple but striking style of design that has permeated her designs at every level.

After studying 3D Design at university, Nicola won a scholarship for an MA in Industrial Glass Product Design, in which she gained a distinction. She then worked as Head of Design at Edinburgh Crystal, Design Consultant with Royal Brierley Crystal and as a Senior Designer at Dartington Crystal.

In 2007, Nicola started her own design business, which in its infancy, won an award for ‘Business Enterprise and Innovation’. She has produced work for Tiffany’s and Laura Ashley, among others, and launched her own designer signature collection at John Lewis.

Here, Inex Editor, Rebecca Kemp, talks to Nicola about her career as a designer and finds out more about her captivating handcraftsmanship.

RK: What inspired you to become a designer?
NS: It stemmed from my early childhood. My father was excellent at woodwork, and I think I too showed a flair for making things. He taught me woodcraft, and we would spend hours designing and creating things.

RK: What inspired the start-up of your own firm?
NS: It was the decline of the crystal and glass industry. Crystal is an old industry which struggled to keep pace with the times. With the closure of the factories, we have lost some incredible skills and exceedingly talented artisans.

But I believed crystal still had a story to tell. I wanted to push the boundaries to show that although it is a classic, it is still contemporary. I have an extensive background in both glass and crystal, which actually is a bit of a USP, giving me a playground of techniques. I decided to see how far I could take it. Instead of giftware, I decided to look at interiors on a more sculptural scale. I’d long been interested in lighting and always thought it had never reached its full potential. I wanted to develop new ideas.

RK: Who has been your greatest source of inspiration throughout your career?
NS: There have been many sources of inspiration, including my dad, who I think I take after. He was a Doctor but loved woodcraft and making things. I had a brain for science, medicine and biology but was always happiest when I was making things or painting. In terms of professionals, I would have to say the Dutch Designer Marcel Wanders, Finnish Designer Alvar Aalto, Architect Zaha Hadid and British Designer Tom Dixon.

RK: How do you approach projects?
NS: The customer may already have an idea of what they want, or sometimes not. I’ll explain the whole process, outlining exactly what I can do. Many people don’t actually realise just how much you can do with glass. Their knowledge is limited; therefore, their ideas are too. They don’t realise you can cast glass, drill it, saw it, cut into it, colour it, render it transparent or cloudy, molten it. When customers realise its versatility, it awakens their imagination. This is where it gets exciting as it can be really rewarding watching them brimming with ideas when they realise the endless possibilities.

RK: Who is your favourite designer and why?
NS: Marcel Wanders. He is so quirky and original. His creations are fun and full of humour. He has a massive personality which shines through in his work. Also, the Architect Zaha Hadid, Finnish Designer Alvar Aalto and British Designer Tom Dixon.

RK: Would you say that you have a design style?
NS: I think my style is quite sculptural, simple, quite striking, organic and fluid. It can perhaps be described as a strong sculptural style exploring form and the fluidity of the material.

RK: What do you believe is the biggest challenge for today’s designers?
NS: I think breaking into a marketplace brimming with cheap products is the biggest challenge. That said, despite the challenges, there are also new opportunities. People are at home more because they’re not going out as much and/or because they’re working from home. As a result, they are investing in their home and at the same time are keen to define the living areas from the working area. The high street may be in decline, but the internet potentially gives designers the chance to share their shop window with the world. It is a great platform, further aided by Pinterest and Instagram. Home interiors is a big industry, and it’s still growing.

RK: What has been your biggest accomplishment to date?
NS: Launching a collection at 100% Design last year, as well as launching my own brand and opening my studio are my biggest accomplishments. These all happened just as I had come through a second bout of ovarian cancer which meant I had to all but give up work. I wasn’t able to create anything. I literally had to down tools. The only thing I was able to do online was continue as a trustee for a large glass organisation, for whom I coordinate and curate exhibitions.

RK: What has been your most notable project?
NS: I worked with a company called Silverlining which makes luxury furniture for galleries, private homes, private jets and superyachts. I was commissioned to design and create some extremely high-end glass chair legs for dining room furniture for a yacht. It was a big project with 14 chairs. It was perhaps the most unusual project I’ve worked on, but it was a great experience.

RK: Can you talk us through one of your most recent designs?
NS: The Fluidity Pendant is part of my new collection. It is an adventurous piece and not only enables me to utilise various elements of my craft whilst at the same time, produce something which is truly unique. The aim of this product was to explore the fluidity of process and material and also to explore the use of traditional tools on the glass. The effect is achieved by repeating various processes multiple times. Whilst it is still fluid, each form is totally individual and begins to take shape at each stage of the process. Colour is applied to the blowing iron when the first bubble is blown, and then several layers of transparent glass are gathered over the top of that. The glass is gently heated and reblown several times, and as the bubble starts to grow and the glass becomes thinner, it needs to be reheated more frequently. The glass is then cracked off, taken off the blowing iron and put on to a punty iron and using newspaper the glass can be moulded and sculpted into the desired shape. Finally, it is cut with a pair of scissors so it echoes a rough, imperfect finish.

RK: What advice would you offer to those that are considering a career in design?
NS: Make the most of every opportunity to get a good grounding and build your experience. Talk to people who have worked in the field and have seen changes. Find out how they’ve built their careers. What were their highs and lows? What were their biggest achievements? What mistakes did they make? What have they learned? What is unique about them? Hearing other people’s experiences is a great way to learn. Also, share your ideas with them. Another perspective will always be useful.

RK: What can we expect to see from you over the next year?
NS: I am looking to launch new ranges and to expand into different markets. Bathrooms are niche. There are not many designers who work in bathroom lighting as it’s a bit more complex, but there is a demand for suspended lighting over a bath, sculptures or wall lights. Also kitchens, kitchen islands, stairwells, wall lights, bedside lights, perhaps an offering for hotels for lighting with matching door handles or bowls. The opportunities are there for the taking!