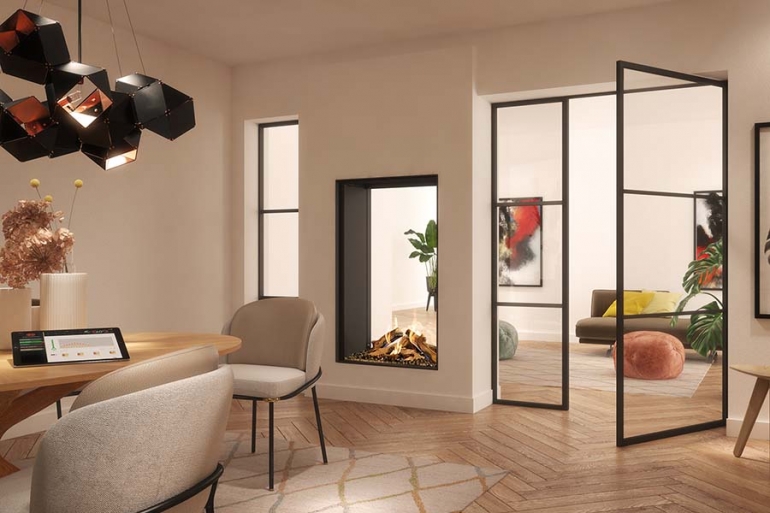 The Evolution of Heating Systems for Contemporary Homes 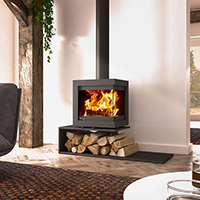 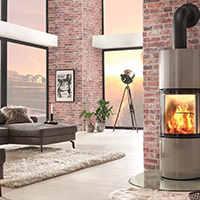 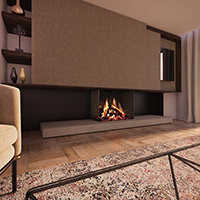 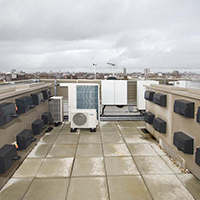 There are many conflicting factors driving the choice of heating systems for householders, architects and designers. First and foremost is energy efficiency. All appliances must comply with the European Ecodesign 2022 emissions and energy efficiency standards, which will remain in place after Brexit, writes Niall Deiraniya, General Manager at DRU Fires UK.

Modern homes are now designed around these energy-saving standards, with their emphasis on maximum insulation, airtight construction and sustainable building materials, leading to the trend for passive homes.

For the past 50 years, gas central heating has been the primary heat source for traditional and contemporary homes, with condensing boilers providing the highest performance and efficiency standards.

Fireplaces are back in favour

Whatever the primary source of heat in the home, there is no disputing that the fireplace is back in favour with consumers, architects and designers. Where there was once a fashion for sealing up chimneys, there is now a preference to install modern fires and stoves to help them reach their full potential.

The traditional brick chimney breast is a feature of most homes built in the last 100 years. New innovations in gas and wood-burning fires have led to the development of appliances that make full use of the chimney to create dramatic flame effects with larger apertures that are single-sided, two- or three-sided in their design.

All modern fires are glass-fronted, using the ventilation properties of the chimney for combustion and extracting little or no air from inside the building. This results in safe, comfortable and efficient performance.

For a classic look, inset gas or wood fires can be combined with traditional or contemporary fire surrounds, most of which are crafted in this country using natural stone materials from Italy and Portugal. For many homes, the flatscreen TV is positioned on the chimney breast above the mantlepiece, completing the home’s favourite focal point.

No chimney, no problem

For buildings with no chimney, today’s fireplace manufacturers have developed fires and stoves with flue systems that can be concealed inside false chimney breasts or exposed as separate design features. Gas fires use the balanced flue system, and wood-burning fires use external air connection. Both systems use air from outside the building for combustion and expel waste gases externally through the same concentric flue.

The great advantage of these systems is that there is very little limitation on the size, shape or capacity of the fire. It is possible to have extra-wide fires, extra-tall fires, tunnel fires that can be enjoyed from two different rooms and even four-sided ‘island’ fires.

Fireplace manufacturers have also developed extended, fan-assisted flue systems, which allow for multiple gas fires to be installed in large dwellings, high-rise apartments, hotels and many other locations.

When presented with these options, architects and designers can incorporate fires and stoves into room-dividing walls, special architectural features, basements, loft conversions and even gardens.

Wood-burning stoves have been popular for many years, but until recently they were limited in size and design, with the preference being for stoves that would fit a standard chimney opening.

However, a new generation of freestanding stoves are being produced in wood and gas that make spectacular features in contemporary or traditional homes. They are typically up to 1.5m tall with square, oval or tubular shapes; large, dramatic viewing windows and multiple coloured finishes to complement almost any kind of decor.

The other trend is for modular stoves that are either fixed to the wall or suspended from the ceiling. They are combined with a variety of log storage compartments, which are both practical and complement the design of the stove.

Electric fires are also coming of age. New innovations in flame effects, design and construction have seen the development of electric fires that rival their gas and wood-burning counterparts for visual impact and efficient performance.

They can be produced in the same widescreen or letterbox formats, with single-sided, two- and three-sided versions. Using unique video-generated flame effects, they make impressive features in the home and are much easier to install and maintain.

In contrast to gas and wood-burning fires, electric fires are mainly decorative heating appliances that are chosen for their visual appeal, rather than their contribution to home heating.

Whether the preference is for gas, wood or electric heating, there is now a vast choice of modern, efficient fires and stoves for consumers, architects and designers to choose from. Display models can be viewed in large, modern fireplace showrooms in most towns and cities and dealers employ fully qualified Gas Safe or HETAS installers to assist builders and developers.

In addition, CPD courses in fireplace specification and installation are available online to help architects and designers make informed choices when recommending appliances to their clients.

It all adds up to the steady evolution of home heating, driven by innovative design and sustainable energy management.