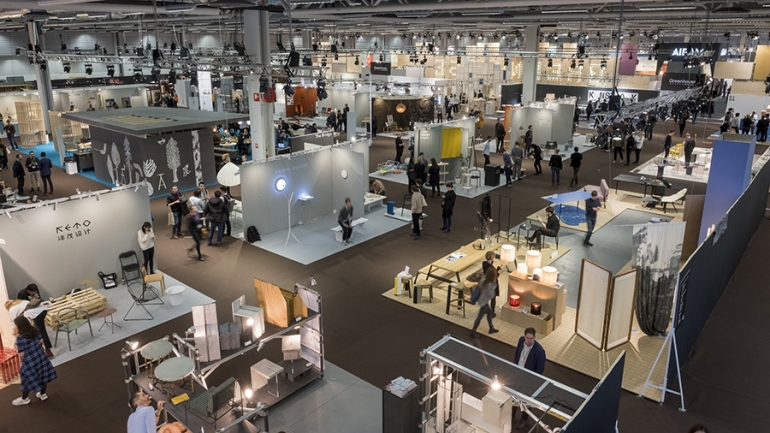 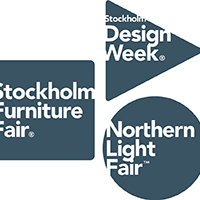 Stockholm Furniture & Light Fair is celebrating its 70th anniversary with a number of exciting features. The leading event for Scandinavian furniture and lighting design will be held from February 4 to 8th at Stockholmsmässan.

Around 40,000 national and international visitors will be visiting to see the installations, innovations, new products, technical solutions and current trends, as 700 exhibitors present the latest in interior design and lighting for the home and public environments.

Design studio Doshi Levien is this year’s Guests of Honour

One of the fair’s highlights is the Guest of Honour installation, which was designed this year by the London-based studio Doshi Levien, run by married couple Nipa Doshi and Jonathan Levien. Doshi Levien has an international reputation for combining culture, technology, industrial design and true craftsmanship.

What makes Doshi Levien’s work so distinctive is not just its confident relationship with colour, material and form, but also its ability to translate meticulous design ideas to the context of production. This has enabled them to remain true to their design approach across industries and categories – from textiles and footwear to lighting, furniture and ceramics.

The Design Bar, a cross between an exhibition and a top-class restaurant, continues to explore contemporary aesthetics and gastronomy. This year, it takes on a Tivoli-inspired look, created by boundary-pushing Designer Fredrik Paulsen.

“Stockholm can be bleak in February, so I want to transport visitors to the place of their dreams. I’ve looked at the promenades of the French Riviera, bars on the Balearic Islands, casinos in Las Vegas and amusement parks such as Coney Island. I’m hoping to design a meeting place where people feel welcome and inspired,” says Fredrik Paulsen. The menu has been composed by chefs Marion Ringborg and Linn Söderström from pop-up restaurant Garba.

One of Stockholm Furniture & Light Fair’s most popular areas is the Greenhouse, an international platform for up-and-coming designers. The initiative, which was launched in 2003 and has produced such names as Front, GamFratesi and Form Us With Love, is gaining a specially designed venue this year by the acclaimed Wang & Söderström. The Copenhagen-based pair of designers and artists have worked with big names such as Nike and Iittala.

“Our ambition is to create an environment that merges the futuristic and the contemporary, the digital and the physical,” explain Anny Wang and Tim Söderström. “We are a little hard to pin down. We’re trained architects, but we work just as much in the digital world. Traditionally, these have been seen as polar opposites: one real, the other pretend. But we don’t see that division. We approach both with the same level of pragmatism.”

At the Stockholm Furniture & Light Fair, this cross-pollination will manifest itself in a 120m-long and 3.5m-tall enclosure, a combination of digital screens and large-format images.