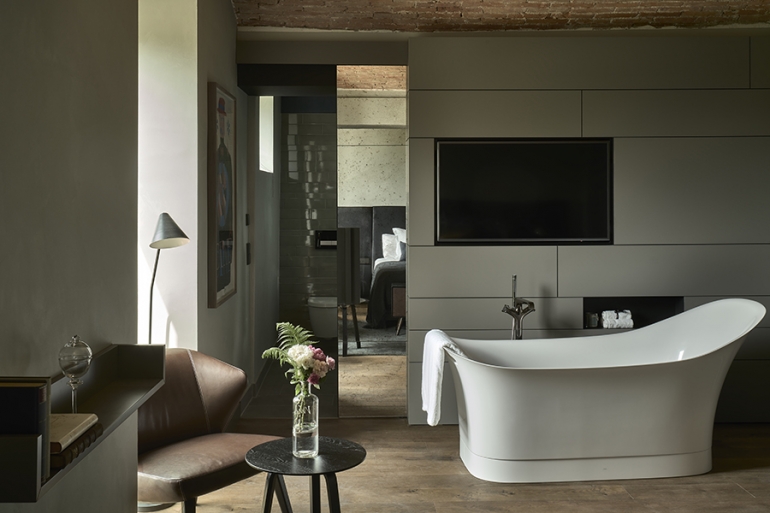 From rags to riches 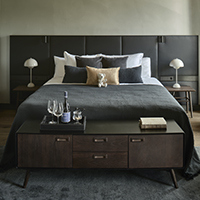 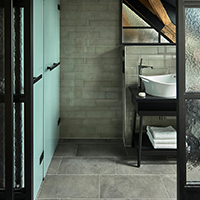 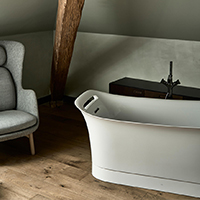 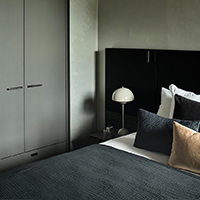 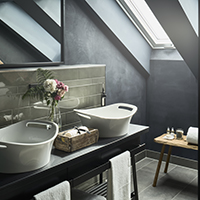 If these walls could speak; for over 160 years, Offenburg’s prison was a place where no one would have wanted to spend a single night. Baden revolutionaries of 1848 were imprisoned here, as were army deserters and political prisoners later on. But thieves, scammers and murderers also served their sentences in the Grabenallee.

The prison, built between 1840 and 1845, was in use until 2009. After years of being vacant and following recent renovations, a new spirit has swept through the building’s thick walls. On 30th September 2017, Hotel Liberty opened its doors. The bathroom fittings of this exclusive jewel in southwestern Germany were manufactured nearby; the developers opting for perfection from the Black Forest with products by AXOR.

Hotel Manager Marc Aeberhard makes sure that guests in the hotel’s 38 rooms and suites feel comfortable and free. The Swiss-born hotelier specialises in innovative high-end hotel management and has already received multiple international awards for projects around the world.

The concept for the metamorphosis from prison to luxury boutique hotel evolved in years of collaboration. Stand-out features include a modern glass cube connecting the two wings of the building where Michelin-star Chef Jeremy Biasiol serves haute cuisine with international and regional touches. Hotel guests can also enjoy an excellent glass of wine – for instance, from one of the many award-winning vineyards in the Ortenau region or neighbouring Alsace – while browsing through the library with its more than 3000 books; they can go for a run in the Bürgerpark right outside the door, or stroll through the picturesque old town, with its baroque architecture and half-timbered houses. The interiors of this elegant hotel were created by Knoblauch design studio, based in Markdorf on Lake Constance. Dimly lit cells with hard plank beds have given way to stylishly furnished rooms where guests now slumber on thick, 30cm premium mattresses.

The bathroom space has also been elegantly furnished. The moulded mineral bathtubs and washbasins of the AXOR Urquiola collection are a tribute to old-fashioned washtubs – with practical detailing; their lateral slits double as towel holders. By incorporating a free-standing washtub, Patricia Urquiola has succeeded in creating a bathroom ensemble whose playful details and modern simplicity bridges the past and the present – what could be more appropriate to a historical venue with a new-found purpose?

With this choice, the interior designers have shown a sense of perfection and willingness to experiment. The Architect and Product Designer Patricia Urquiola is a true master when it comes to mixing styles. The Milan-based Spanish Designer, who has been working with AXOR since 2008, has developed a collection that blends retro and modern elements, creating a unique synthesis. Her objects, which are housed in museums around the world, owe their success to their modern style and sensuous appeal. And she is always good for a surprising detail.

Patricia Urquiola’s tubs and washbasins form a harmonious duet with fittings from the AXOR Citterio E collection. The single-lever washbasin taps, the shower sets and thermostat units, and the floor-standing bathtub taps all have a black chrome special surface finish. These are complemented by bathroom fittings from the AXOR Universal Accessories programme designed by Antonio Citterio. Like Patricia Urquiola, the celebrated Italian Designer Antonio Citterio also merges the classic and the modern in his designs. He balances the proportions of round and rectangular shapes in a way that would have thrilled the Pythagoreans of Ancient Greece. With gently flowing curves and a pleasant feel, the taps offer the level of comfort that guests expect to find in a high-end hotel room.