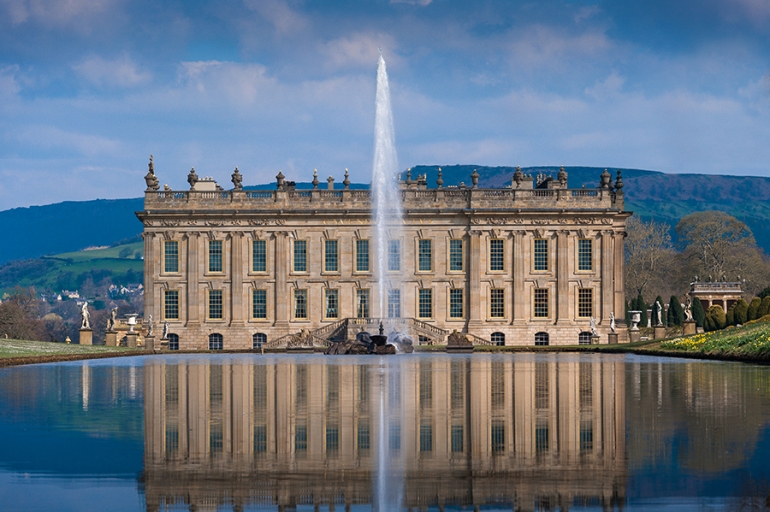 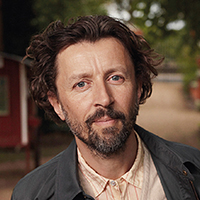 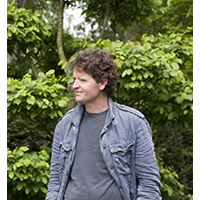 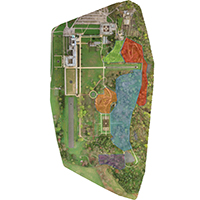 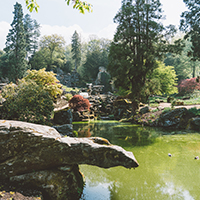 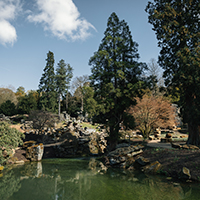 The world-famous 105-acre garden at Chatsworth in the Peak District has begun its biggest transformation since Joseph Paxton’s work finished more than 200 years ago.

An undeveloped 15-acre area known as ‘Arcadia’ will lead the way in a programme that includes the clearance of previously inaccessible areas, large-scale structure installations, new sculpture commissions, the movement and addition of hundreds of tonnes of rock, more than 100,000 new plants and hundreds of new trees, as well as new pathways taking visitors into underexplored areas of the garden.

When the initial works are complete, in around three years’ time, more than 25 acres of garden will have been transformed, principally the Rockery, the Maze area, the Ravine, the Trout Stream and Jack Pond, as well as the Arcadia area, which is supported by Gucci.

The foundations of Chatsworth’s garden were laid by the celebrated garden designers Lancelot ‘Capability’ Brown and Joseph Paxton in the 18th and 19th centuries. Now, a new team of the world’s leading garden designers will build on their work to transform Chatsworth once more.

Working under the direction of Steve Porter, Chatsworth’s Head of Gardens and Landscape, Tom Stuart-Smith will lead the project to design and make major alterations across the garden with work having already begun in the Rockery. The movement and addition of hundreds of tonnes of rock is already underway in an area that was inspired by the 6th Duke’s trip to the Alps in the 19th century. He will also be responsible for the creation of the Arcadia site and changes around the Maze.

Dan Pearson will continue his work with Chatsworth, which began when he designed the estate’s ‘Best in Show’ garden at the RHS Chelsea Flower Show in 2015. The Chelsea garden inspired the redeveloped Trout Stream that ends at the Jack Pond. His latest contribution will be to redesign the Jack Pond area to include a large, new Corten Steel Pavilion and to create a place for contemplation and reflection.

Having completed the £32m Masterplan project to restore the house a few years ago, the Duke and Duchess of Devonshire have since been planning to have a similar revitalising effect on the garden.

The Duke of Devonshire comments: “Chatsworth is often thought of as timeless but the truth is that it has always been changing. What we think of now as ‘traditional’ was often considered challenging or revolutionary at the time. Capability Brown and Joseph Paxton used the latest tools, techniques and ideas to deliver their particular genius for modern garden design.

“Tom Stuart-Smith and Dan Pearson have the vision and talent to continue Chatsworth’s radical tradition. We’re going to create an exciting, beautiful, contemporary garden that stands on the shoulders of those earlier giants.”

This large project will be phased over several years and will fully involve the 25-strong Chatsworth garden team, four trainees and 75 regular volunteers.

Tom Stuart-Smith adds: “When I first came to talk to the Duke and Duchess and the garden team at Chatsworth I was struck by their creative energy and the drive to achieve excellence. Arcadia, in particular, is a huge project and while some of the changes to the four glades within it and the pathways between them will be immediately obvious, I’m confident that, thanks to the long-term thinking here, the whole area will get better and better as the years go by and the planting and other work beds-in.”

The 105-acre garden is the product of nearly 500 years of careful cultivation. Although some points of interest have been replaced to make way for new fashions, the garden retains many early features, including the Canal Pond, Cascade and 1st Duke’s Greenhouse.

The famous waterworks include the 300-year-old Cascade, the Willow Tree Fountain and the impressive gravity-fed Emperor Fountain.

As well as the Maze, the Rockery and the Rose, Cottage and Kitchen Gardens, there are also over five miles of walks with rare trees, shrubs, streams and ponds to discover.

The Rockery occupies an area of 1.2 hectares. The entrance from the Maze Garden is impressive, passing under Paxton’s Conservatory Arch and then through a gully planted with a great swathe of Hostas. The two entrances from the direction of the House are very weak by comparison, the rockwork giving less sense of dramatic arrival and the planting being unrelated to any overriding character that the garden as a whole might have.

Improvements to these two entrances will redefine the rock garden as a ‘fantasy domain, full of variety, spontaneous naturalness and picturesque diversion and quite separate from the rest of the garden where openness, smoothness, and settled grandeur prevail’.

The proposed planting is more comprehensive, naturalistic and ecologically inspired, using 10-20 dominant species through the whole area to provide a distinct botanical and visual character. Hundreds of other sub dominant or occasional species are then woven into the tapestry. The areas of planting will be much more extensive than they previously were, largely eliminating small areas of grass.

Arcadia lies at the heart of the garden and at 15 acres in size it might seem anomalous that it has never been much developed.

The principal features are made up of views or routes to other more notable parts of the garden that surround it. These include the Rockery and Maze to the west, the Trout Stream to the east, and the Grotto Pond to the south while the Cascade is situated to the north.

With quite significant thinning of existing vegetation, a new generation of planting will be threaded through the more mature trees that cast deep shade over much of this area.

To form a number of interlocking glades that provide more expansive views across Arcadia, existing clearings will be extended and joined together to create areas where extensive new planting is possible.

In Feb 2019, 150 large trees and shrubs were planted; in September 2019, Chatsworth will be planting 8000m2 with herbaceous perennials, equating to circa 80,000 plants. Each of the planting glades will have an individual character determined by the plant content. The woodland glades, or walks, link the planting glades together. They will have a consistent planting throughout of shade tolerant species, designed to enhance these spaces.

The borders in this area are being subdivided to make them more accessible with longer season planting. Stone pillars and large Yew trees will be installed and topiaried.

Trout Steam and Jack Pond, Dan Pearson, from late 2015 and continuing into 2020.

Redevelopment of the Trout Stream is intimately connected to Dan Pearson’s creation of Chatsworth’s ‘Best in Show’ garden at the RHS Chelsea Flower Show 2015, which provided the conceptual inspiration for new planting and furniture along the Trout Stream, which ends at the Jack Pond.

The Jack Pond is currently underused as it no longer holds water and is quite hidden by vegetation and large trees.

A large Corten Steel Pavillion will be installed with a curved bench underneath to encourage reflective contemplation around a newly formed elliptical pond in what will remain a secluded area. Planting will aim for a calming effect.