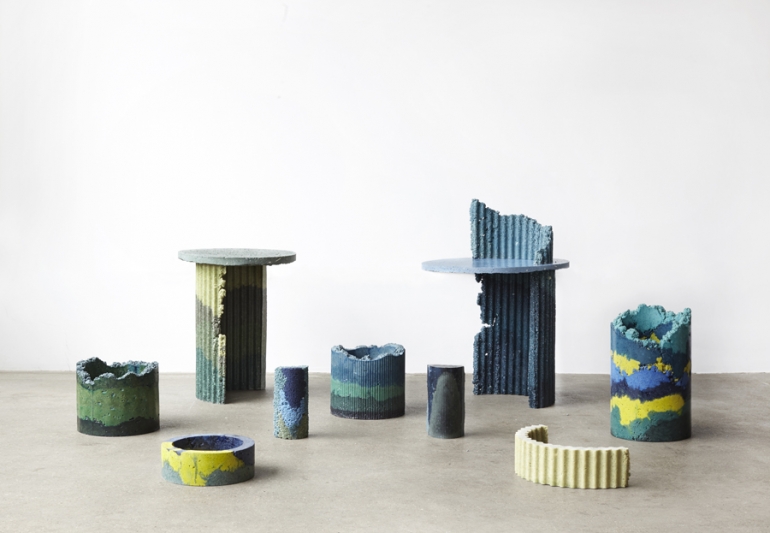 London Design Fair 2018 will be a truly global affair, with the strongest presence of international exhibitors to date. From Denmark to Dubai and Sweden to South Korea, the fair promises to be a melting pot of design from a wide range of cultures from 20th to 23rd September.

Twelve country pavilions and one very special guest country – Japan – will exhibit an impressive array of products, alongside a smart international line-up of independent designers and brands. Moreover, London Design Fair welcomes the return of Envisions with ‘Wood in Progress’ and the Material of the Year: Plastic. These two feature exhibitions aim to provoke audiences, sparking conversation and encouraging new ways of thinking about design at the present time.

The following country pavilions and features are a selection of the international flavour and design expertise visitors can expect to find at London Design Fair 2018.

Denmark’s zest for furniture will come to life in a real-world Danish living room. A specially curated mix of new and heritage Danish brands will highlight the nation’s design prowess and commitment to excellence in high-quality craftsmanship.

UMPRUM – the Academy of Arts, Architecture & Design in Prague – was established in 1885. Since that time, this prestigious institution has flourished: ranked among the best educational establishments in the Czech Republic, it has many successful graduates and is the only Eastern European school to figure in the indices of prestigious European and world art schools.

Dutch Stuff returns to the London Design Fair following its debut in 2017. With a focus on quality, this year’s showcase will prioritise space to interact with and think about those designers, products and ideas driving contemporary Dutch design forward.

Material of the Year: Plastic Beyond the Chipper

During 2018, plastic has grown exponentially to become a pariah in the minds of many designers and consumers alike. As Governments strive to tackle and ban ‘single-use’ plastic, and increasing amounts of microplastic are found in fish, we are left with an obvious problem: what to do with the difficulties posed by plastic?

London Design Fair chose plastic as the 2018 Material of the Year, in a bid to showcase and celebrate just some of the designers who are engaging head-on with the significant environmental issues posed by plastic.

Envisions is a collective of 24 multidisciplinary designers, who share a fascination for experimental design. Envisions approached Finsa, a wood manufacturer headquartered in Santiago de Compostela, Spain, and 12 designers were invited to infiltrate Finsa’s production grounds and free their individualised creativity. The result – Wood in Progress – shows 12 distinctive processes that highlight the “pioneering potential of the unhindered imaginations of industry outsiders”. 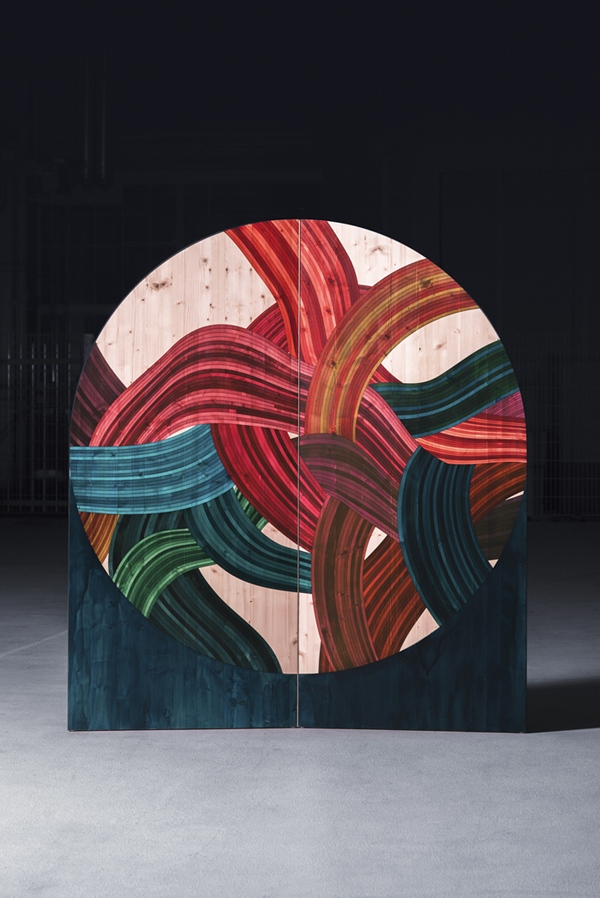