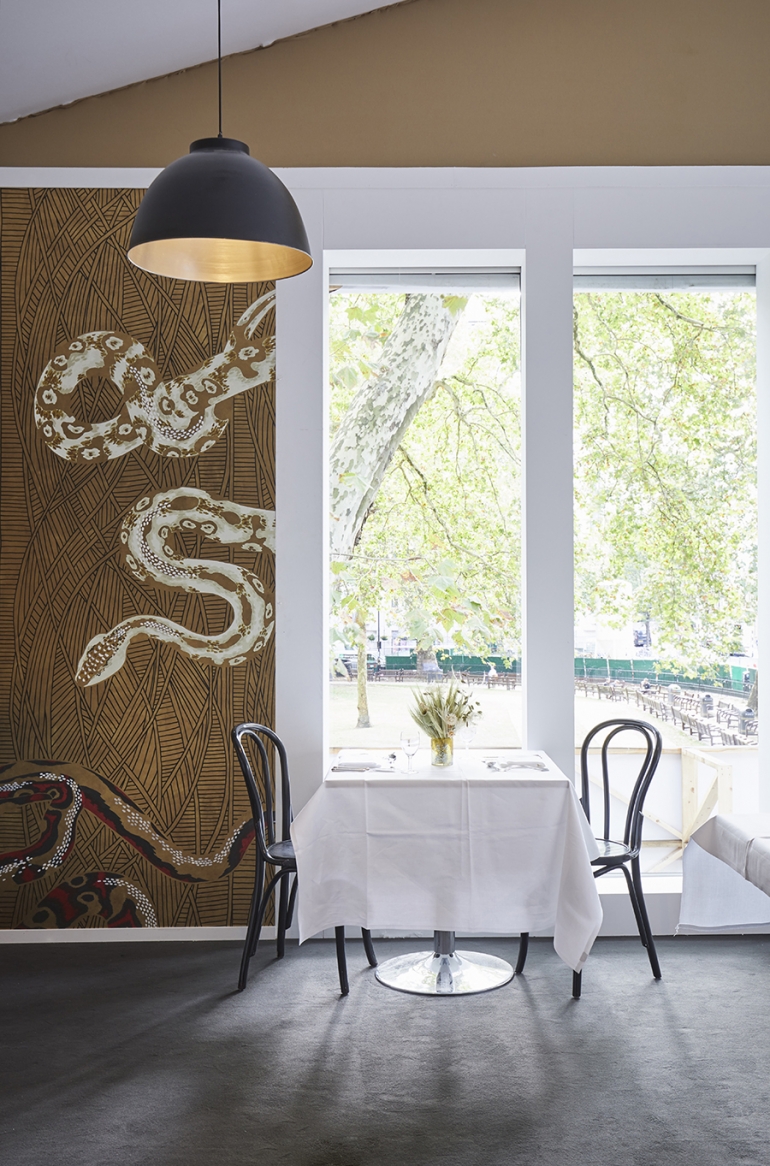 Behind the scenes at Fromental 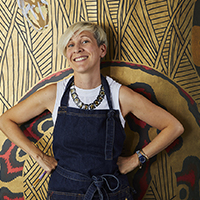 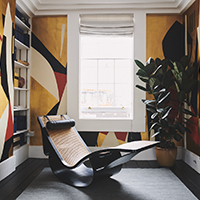 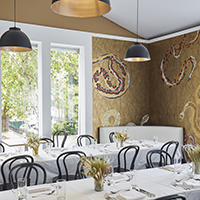 Founding partners Lizzie Deshayes and Tim Butcher created Fromental in 2005 with a mission to make the world’s most beautiful hand-painted and hand-embroidered wallcoverings. Combining the finest skills together with luxurious fabrics, their distinct style blends traditional high-end craftsmanship and artistry with a forward-thinking approach to design and creative techniques. The creative team is a collaboration of talented designers and craftsmen from London and China.

The creation of Fromental’s style-defining wallcoverings entails artists spending up to 600 hours elegantly painting and stitching individual panels. Fromental’s modern take on re-defining traditional styles to create new and exciting designs utilising both monochromatic and vibrant colourways has paved the way in reviving the wallpaper aesthetic.

Having been fascinated by sketches of antique jewellery designs for many years, Fromental’s Design Director Lizzie Deshayes had been carrying around in her beloved sketchbook of ideas, a snake design inspired by a beautiful painting from the 1930s. Waiting for the right moment to bring this to fruition, the ideal opportunity reared its head when she was approached by the directors of Lapada to create a bespoke design for the brasserie at LAPADA Art & Antiques Fair 2019.

Located in the heart of Mayfair, Berkeley Square, the fair is at the heart of London’s most affluent neighbourhood. 100 exhibitors present works from across the art, antiques and design spectrum including jewellery, furniture, tapestries, antiquities, clocks, ceramics, silver and fine art. One of only two events to be presented in Berkeley Square each year and a stalwart of the London social calendar, LAPADA Art & Antiques Fair presents works that appeal to both amateur enthusiasts and distinguished collectors alike. Celebrating its 10th anniversary this year, the custom wallcovering design needed to be extra special and one which complemented both the fair’s beautiful Central London surroundings and the spectacular works of art and antiques within the fair. With Lizzie’s initial idea having been inspired by a sketch of a piece of antique jewellery, the design and concept was a perfect fit, and after an initial concept meeting with LAPADA to fine-tune the details, her sketches began to come to life.

With the brasserie walls totalling around 26m, Deshayes wanted the design to encompass the entire length of the space and flow throughout as though it was telling a story across the room. This was achieved by creating a panoramic, non-repeating layout of writhing snakes; the rolling nature of the design’s layout, mimicking natural reptilian movement. By hugely increasing the scale of the serpents to a larger-than-life-size, it increased the drama and impact of the design, making it a very captivating scene to anyone entering the brasserie. One focus for Deshayes when enlarging the design to such a huge scale was maintaining the detail and authenticity of the reptiles. A huge amount of time was spent by the artists in the team, painting each snake at full scale to ensure that the true essence of the scaled design was realised, in terms of clarity and correct balance of colour. Overcoming design challenges such as these and achieving the desired result is something which Deshayes and her team relish.

The background for the snakes also needed to be carefully considered explains Deshayes: “We needed a backdrop which would lift the naturalistic-looking serpents; something exotic and organic-looking – nothing too floral or decorative.” Initially thinking of a tone-on-tone pattern, Fromental’s Co-Founder Tim Butcher happened upon an image of a mid-century cabinet door which, when re-drawn in graphic tones, was reminiscent of wild grasses – perfectly suited to snakes nestled in their natural habitat. This element of the design was to be further picked out during the fair by dried floral arrangements containing pampas grass and thistles, which were placed throughout the brasserie’s interior. Jewellery pieces were traditionally sketched out on brown tracing paper which had a lightly glazed finish. The metallic ground used for the base of ‘Les Boas’ was chosen to be vaguely reminiscent of its lustrous quality as well as to add depth to the geometric pattern. Once the wallcovering was installed, white highlights were then hand-painted on site to add further luminosity, thus bringing the snakes to life.

Working in collaboration with other creatives is something which the Fromental duo both enjoy and excel at. Fromental recently collaborated with French crystal house Lalique to produce ‘Hirondelles’. This is the first of a range of hand-painted and hand-embroidered silk wallcoverings to cleverly incorporate Lalique crystal. Earlier in the year, Fromental revealed ‘Raw’ at Salone del Mobile 2019, a wallcovering designed in collaboration with sisters Elena and Cecelia Maresca from Maresca Interiors, inspired by their collection of modern Brazilian tapestries. Fromental has also recently finished its second collection with Timothy Corrigan, and a new wallcovering collection for Sophie Paterson in London.